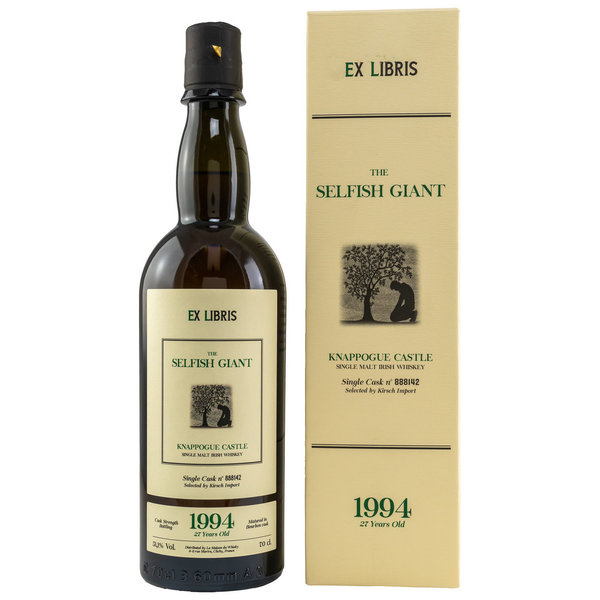 A castle, the story of a giant, a rare 27 year old Irish whiskey - this bottling is like something out of a fairy tale. Knappogue Castle 1994/2021 is part of the new Ex Libris series from La Maison du Whiskey, but has been selected and bottled exclusively for Kirsch Import. The series is entirely dedicated to the world of whiskey, with the labels based on the covers of great literary classics and the bottlings named after key works from their countries of origin. It includes a very old rye whiskey from Canada and three Irish single malts from 1994, 1995 and 1996, which were bottled under the brand name Knappogue (pronounced Nah ’Pogue) Castle.

You can visit the Knappogue Castle. However, there is no distillery at the location of the 15th century castle. Their whiskey history didn't begin until the mid-1960s - when Irish whiskey production was at an all-time low. The castle's owner at the time, Marc Andrews, bought remnants of closed distilleries and laid the foundation for the Knappogue Castle brand. What Andrews began for personal use, his son successfully continued. He sources the whiskey for his bottlings from various Irish distilleries - as well as for Knappogue Castle 1994, whose honey-sweet, triple-distilled whiskey comes from what is probably the oldest distillery in the country.